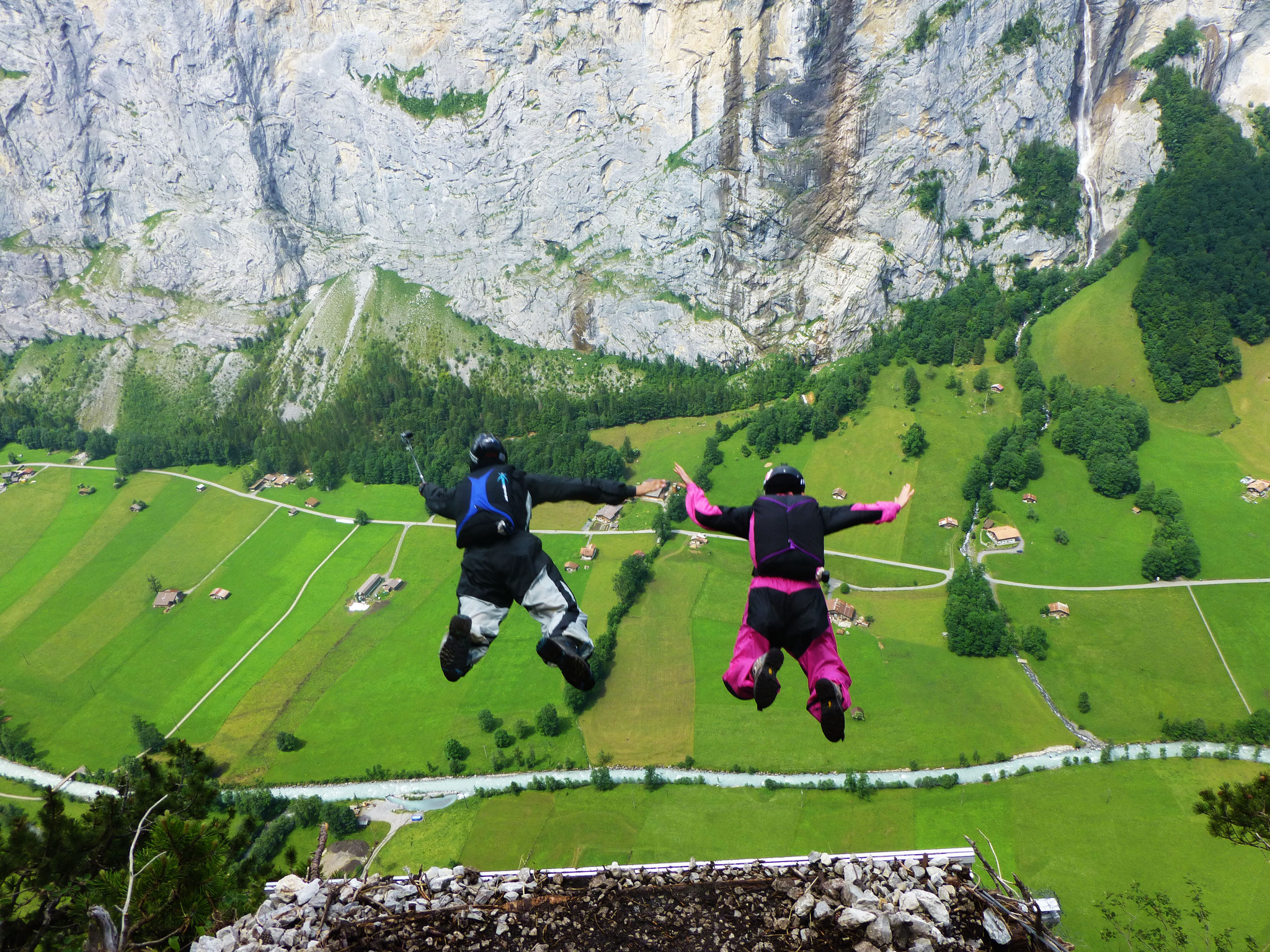 One headline in particular caught my eye this morning, that of the 39 year-old American BASE jumper who died on Thursday in Switzerland’s Bernese Oberland. It’s reported police confirmed the man suffered fatal injuries after jumping off a cliff from a spot known to base jumpers as Melkstuhl at Stechelberg in Lauterbrunnen. He was said to be one of a group of four and was the last to jump, but is believed to have crashed into a cliff before falling. How utterly awful it must have been for those who jumped just before to see this unfold before them…and of course for those friends and family who have to hear this news.

This is the latest in a series of base-jumping fatalities in Switzerland. Perhaps most notably in 2013 Mark Sutton, a stuntman who parachuted into the London 2012 Olympics dressed as James Bond, died wingsuit flying after jumping from a Helicopter over the Swiss Alps.

Jumping off buildings, bridges and cliffs using a parachute deployed partway through the descent, or BASE (Building, Antenna, Span and Earth) really is I am told the game of ghosts, and for this reason it is illegal in most places…but there are some countries where BASE is perfectly legal…   including here in Switzerland. The authorities know that those jumping need access to the best spots, which can involve trespassing and deception and it is better to allow the fringe sport than ban it and exacerbate the consequences. According to the Swiss Base Association (SBA), a non- governmental body designed to support and encourage the sport safely “Base jumping is legal from most mountains in Switzerland but respect and common courtesy should be shown at all times to ensure that base jumping stays legal in Switzerland”.

Lauterbrunnen is where many BASE fans flock to, and this summer I met some of them whilst on holiday with my family. My young children watched in awe as little specs of colour in the form of skydivers (some of them believe BASE gives their sport a bad name) floated down from the towering cliffs around our camp spot in the beautiful Lauterbrunnen Valley…in awe of the giant colourful canvas canopies laid out on the ground to dry afterwards…and of course the BASE jumpers talk of their many exploits and hopes for the right conditions to allow them to jump again that day. Most of those who we met were young Americans, and it was obvious they sought out and enjoyed the curiosity of others who asked them about their sport and basked in the notoriety that accompanies their lifestyle.

The SBA has published a set of guidelines and advice in conjunction with the Federal Office of Civil Aviation, local authorities, tram and gondola operators, other air-sports enthusiasts, Helicopter operators and the famers who’s fields they land on. They ask that BASE in Switzerland been seen as a privilege and not be taken for granted…and that by following these guidelines it will help convey a positive image of the sport to the general public.

Whereas some countries instinctively impose a ban when something is difficult or unpopular, I’m not surprised the Swiss have a different mindset. However with yet another fatality in a sport encouraged in Switzerland, all be it responsibly, some will ask again whether making the sport legal here and therefore encouraging it, really is the best approach for those who want and need this legal high.

Main image: BASE jumpers in Lauterbrunnen by Gigi Griffis