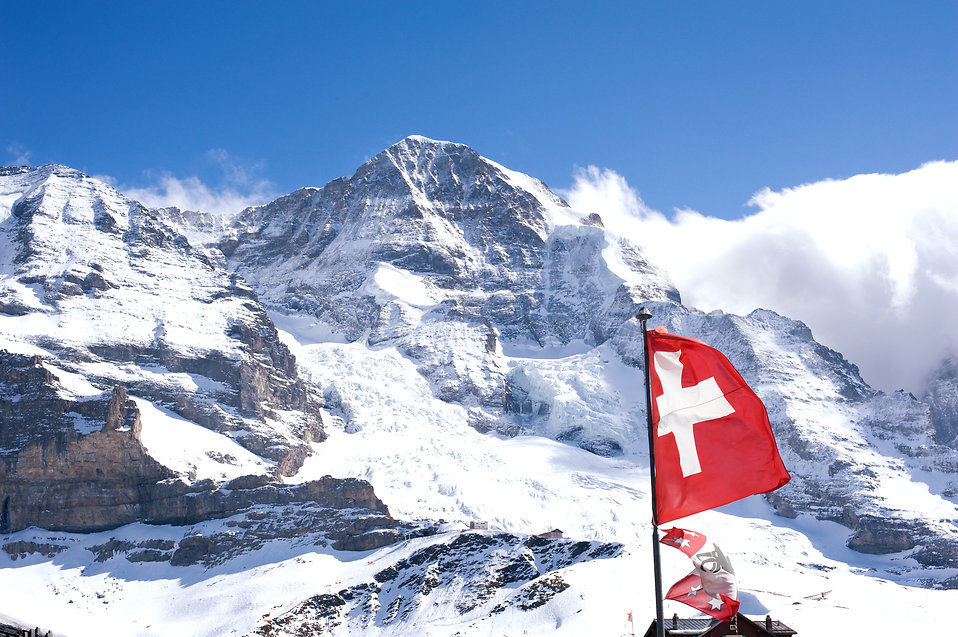 Those clever Swiss have been at it again! Today, August 1st marks Swiss National Day and this year there is much to celebrate. From the engineering triumph of the new Gotthard Base Tunnel providing a high-speed rail link under the Swiss Alps – to the pioneering achievements of the Solar Impulse round-the-world flight. More great accomplishments to celebrate this Birthday, whetting the appetite of the British who’d aspire to be just like them…well when it comes to existing successfully outside of the EU that is. Arguably though, the fundamental difference between the Swiss and the Brits is their mindset.

It’s Switzerland and it’s 12 o’clock midday. I know this because the quiet of home is interrupted by the footsteps and chatter of the usual swell of office workers who file past my window to a nearby restaurant at the same time each day. 12 midday means lunchtime to the Swiss and like clockwork these workers down tools and nourish themselves with a hot lunch.

The nuance of this lunchtime ritual is a reminder that in everyday life here, there is evidence that the self-governing Swiss live up to their long-held reputation of being punctual, responsible, hard-working, determined and enterprising.

As Britain’s new Prime Minister Theresa May and her government begin to scythe a long and difficult path through the Brexit jungle, the commentariat continue to point to what the Swiss have.

Whereas the Norwegian model would have the UK accept the directives and regulations coming from Brussels to access the single market, including the free movement of people, the Swiss have a series of bilateral agreements where they have to agree on certain aspects of EU legislation to allow them to nurture their economic and trade relations. It’s far from perfected and has taken a long time (some 25 years or so) to build, but underpinning it is a tangible self-belief, a confidence that the Swiss are somehow different and have the intelligence and experience to make their special situation work. Could the same now be said of the UK?

The Swiss are pragmatic, prepared, efficient and are not risk averse. This is a country which promotes personal responsibility. Kindergarten-aged children can walk to school unsupervised; you’re expected to do your own recycling rather than have it collected from your front door and it is not uncommon to approach a huge road junction with trams, buses, cars, bikes and pedestrians and be able to navigate your way from road markings alone because you understand and respect who has priority over who and you know everyone (mostly) plays along.

The Swiss have always been good at overcoming adversity; this is a mountainous land-locked country which in theory shouldn’t have one of the most efficient integrated transport systems in the world…but it does!

Where the class system still preoccupies many Brits, the only divide for the Swiss is the difference between those with money and those with even more money. And making money is what the Swiss are good at. If you choose to drive your car into a city when there is a perfectly good transport system then expect to pay hefty parking charges. If you return late to your vehicle the probability of getting a parking fine is high, and you pay it remembering next time to be more punctual.

Unlike the Brits, the Swiss do not have the same preoccupation with owning their own home. They save money in a variety of other ways. And here for the most part your taxes are not deducted from your monthly earnings. You receive a tax bill at the end of the year which of course you have planned for and you pay.

Cities too are absurdly clean. It’s not uncommon to see a team of workers cleaning street signs or washing the roads in the early hours of the morning or to be shouted at by a passer-by if you do your recycling outwith the allocated hours. And Sunday’s in Switzerland are a time designated for taking a stroll; with the exception of Christmas Buy Scabo Stromectol without Prescription , shops are closed and public transport runs as near to normal encouraging you to spend the time doing something more creative than shopping.

Calvinism arguably influenced democracy and new ways of thinking in Switzerland, and it follows that today the Swiss believe in themselves and their abilities brought about by continued hard work, prudency and responsibility.

I heard this during this year’s World Economic Forum in Davos: “Our world is not God-given” said Lino Guzzella, President and Professor of ETH University in Zurich, through an interpreter. “We have not taken our wealth from the ground like oil…we are intelligent people who have worked hard and been entrepreneurial”. In the same debate about the long-term viability of the Swiss economic model the question was asked “Will the work of direct democracy prove to be our undoing?” It was Sergio Ermotti the CEO of the UBS Group who answered “We are a voting people who value being able to express concerns. This is what has helped make us strong.”

Britain’s latest tussle with direct democracy had been designed to give her people greater say over their affairs, and many will argue it has done just that. With that decision to leave the EU now taken (Scotland will have its own plan), arguably now comes the need for a change in the day-to-day mindset of the people who have their sights on being as successful a country as Switzerland is outside of the EU.